What Is Postscript And Why Do Almost All High-End Printers Support It? 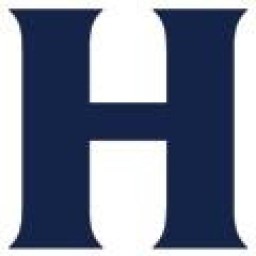 Postscript is a file format supported by almost all high-end printers and many business-class laser printers. With these printers, you can simply send a postscript file to them over USB—no drivers required—and they’ll print it perfectly.

What makes postscript so special that these printers all support it natively?

Printers print using dots to create images the same basic way the pixels in your computer monitor create images. Some image file formats reflect this by creating a bitmap, a map which describes what color to use for each bit (pixel or dot) in the image. This works well if your monitor or printer has the same number of pixels or dots as the image.

But when the bitmap has 72 pixels per inch (a common computer monitor resolution prior to high definition) how should your printer print it at 300 or 600 dots per inch (common printer resolutions)?

When your monitor or printer reads the vector image, it can turn the line definition into a specific series of pixels or dots, maintaining near-perfect quality at any resolution.

Postscript is a file format created to make it easy for computers to create vector images. To help computers quickly define complex operations, it also included a computer programming language which could be used to move or repeat objects without having to redefine them.

Around the time Adobe began to sell Postscript for describing computer graphics, Apple was about to produce its first laser printer, the LaserWriter. Jobs suggested to Adobe that postscript would work very well as a printer language, so Adobe made a few changes and the LaserWriter became the first printer to use postscript.

As a complete programming language, postscript has some flaws. One of them is that programs aren’t always safe—they can contain viruses and bugs. Postscript viruses can’t infect your computer, but they can use up all of the CPU and memory on your computer (or your printer) until you close the postscript file or turn off your printer. (This is annoying but not really dangerous.)

Another problem with programs is that you have to run the whole program in order to get to the parts at the end. So to display the last page of a 300-page document, a computer needs to internally display all 299 preceding pages, which makes postscript files seem slow.

Adobe addressed these problems with the Portable Document Format (PDF) which is very similar to postscript but removes the programming parts and adds in some other features. Most programs today which create PDFs actually generate postscript and then convert it into a PDF. Conversely, many printers which directly print PDFs actually translate the PDFs back into postscript and print the postscript.

Although postscript will celebrate its 30th anniversary in 2014, it’s still the predominant language for high-end printers and shows no signs of being replaced.